Ludo in the Wild

After the destruction of his castle, Ludo is thrown into the cosmos by Star and lands in a forested location. He competes with a giant spider as they go ice fishing. When a bag of potato chips is found, he and the giant spider fight until he wins. He also tames a bald eagle. When he spots Star in the woods, he chases her until he realizes he is back on Mewni. He also obtains a wand of his own which holds the other half of Star's wand magic. 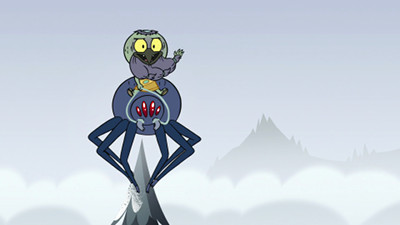