Guidance counselor Mr. Candle tells Star that she is fated to be Queen of Mewni. She has to read her mother's book on how to act like a queen but she gets frustrated and decides to dress up in a more rebellious punk style. Meanwhile, Marco, who is displeased of Candle's career suggestion of being the head janitor on Garbage Island, discovers that Mr. Candle is actually in cahoots with Tom, who planned to ensure "Starco" doesn't happen. He confronts Mr. Candle but is captured by Tom, and must duel Tom to get his freedom. 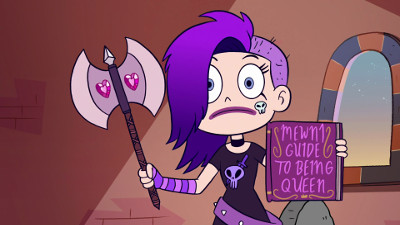