Tom invites Marco to a movie marathon featuring Mackie Hands, Marco's favorite kung-fu film star. They start to become friends on the way there after learning they both like Mackie Hands and a band called Love Sentence, but when Marco wants to leave to catch the marathon, Tom refuses to let him go, and gets angry, voiding his chance to earn an anger management graduation badge. Tom apologizes and tries to win back Marco with a Love Sentence song, and then raises Mackie Hands from the dead. Although they cannot get into the theatre, Tom and Marco watch Mackie lay a beatdown on the movie's security guards. 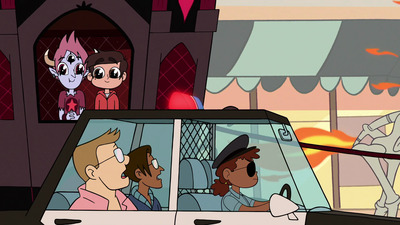