Gift of the Card

After having lost her job at St. Olga's Reform School for Wayward Princesses, Miss Heinous hires a lizard-man bounty hunter named Rasticore to destroy Princess Star and to capture Princess Marco. Star begs Marco to use his Quest Buy gift card. Marco agrees, but because it's a "friends to the end" card, he has to use it on something he really wants, and if he doesn't redeem it by midnight when it expires, they will expire too. 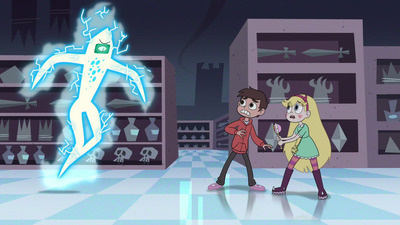