Star and Marco attend the birthday party for Marco's sensei. Star becomes suspicious of magician-for-hire Preston Change-O, who, after every magic trick he does, seems to be taking something spiritual from the person, and that his hat is becoming longer and longer. She discovers that Preston has the ability to steal joy from people, so she warns him not to do so or else, but Preston does it anyway. When Star tells everyone what is happening, the audience think Star is a spoilsport and ignore her. Sensei talks about his feelings and then informs Star and Marco that he put Preston in the trunk, but when they open it, Preston has disappeared. 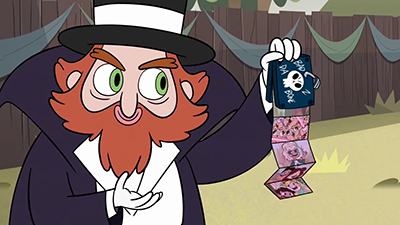