13 years ago a man was convicted for murdering two people at a convenience store. Now Patrick Debreno, Kevin Debreno's brother who's a priest, has to help save him from the death penalty. Someone confessed to him the location of the murder weapon, and Chief Mannion and his team get the suspect and try to make him confess, since Patrick can't accuse him. Unfortunately, Gilbert Isaacs is wrongfully killed for a crime he did not commit. The true murderer, however, storms out of the interrogation room and shoots himself at home. Meanwhile, Ella receives a letter from Pablito, Ricky's father. He's asking to see his son, and after a lot of thinking, Ella meets with him and decides not to let Ricky see his father. She still has to convince Ricky that his father being in prison is not his fault. 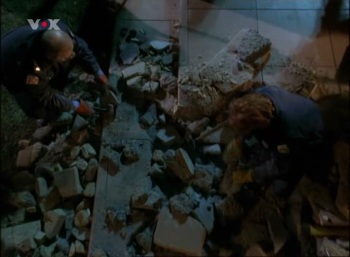