After meeting Wendy, a one-night stand of Charlies, Jake befriends her. Charlie doesn't like this situation, as he believes Wendy is using Jake to further their relationship, and he has no intention to keep it going. It gets to the point were Wendy even starts spending time with Evelyn, and Charlie becomes desperate to get rid of Wendy. After Charlie breaks it off Jake becomes very unhappy with him, because he won't be able to see Wendy anymore. This forces Charlie to confront Jake and explain the situation as best as he can. Rose sees that Alan knows how to play scrabble, and asks him to teach her to play, he agrees. During the scrabble games the two bond, and Charlie suspects that she is using Alan to get closer to him, but doesn't pursue the issue. 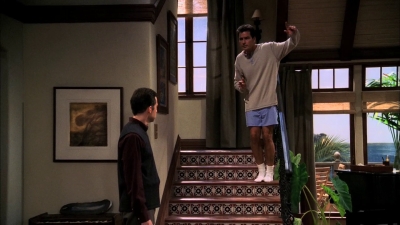