Kurt sees a doctor for his memory problems. At the same time, a young woman's body is found at an excavation site in Ystad. It turns out to be the remains of a prostitute from Moldova. The investigation leads to a Russian trafficker who calls himself a fashion photographer who seems to have been cruelly exploting young women. Wallander wants to know more about the girl, so goes to Moldava where he meets her desperate father and twin sister. They tell a different story about Tatiana: that she was happy and sent home large sums of money. Back in Sweden, Kurt has a car accident, leading Mattson to sign him off sick so he'll stay out of the investigation. But Kurt continues to secretly investigate the case, and to face the question of whether it is always right to tell the truth. Meanwhile, Kurt receives a reply from the doctor about his memory problems. He opens the envelope and stares silently at the doctor's words. 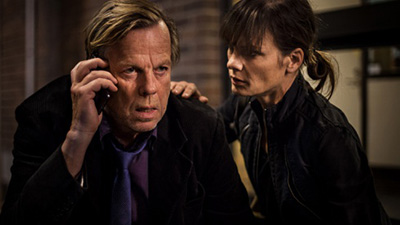