The body of a man named James Roden is discovered in a freezer. The FBI isn't sure yet if the corpse has a connection to the bank heist, but Roden does have a connection to Marjorie Diehl-Armstrong, a local woman with multiple college degrees who was once considered one of Erie's "town beauties" -- but who in 2003 is known for her angry persona and public struggles with mental illness and a separate infamous murder case in Erie almost two decades years earlier. Interestingly upon being arrested for killing James Roden, Marjorie tells police they should focus on William "Bill" Rothstein, a former fiancé of Marjorie's whom she now calls "a filthy liar." Rothstein, raised rich in a prominent local family and an often-aggravating know-it-all who thinks he can outsmart anyone, actually contacts and meets with authorities -- and his presence in the case provides investigators with yet another person of interest: Floyd Stockton, Rothstein's former roommate who had been previously charged with rape. Then Marjorie makes a move. 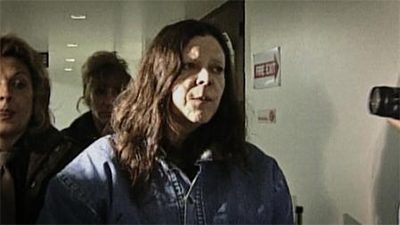