The officers are dismayed to learn the arson attack on the Osgoods' house has injured Michael and killed his son Robbie, and local bully Gary McCready is soon questioned. As the investigation into Katrin's murder continues, the body of an older man who died of natural causes is found buried near her grave, and when Banks suspects Jason McCready abducted missing Annika, he uncovers a shocking secret. Meanwhile, the detective gives a moving speech at his mother's funeral, and the ceremony brings him closer to his father. 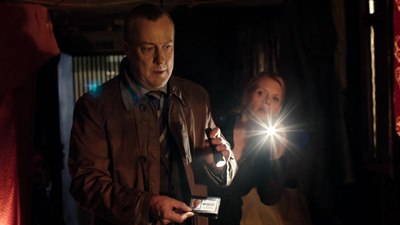