Behind the scenes look at the cult comedy series about Kiwi folk musicians Bret and Jemaine trying to make it big in their adopted home of New York. It follows the duo in the United States before and after the release of the first series, as they speak candidly about the road to fame, and we meet the other personalities, cast and crew that helped make their show a smash hit in America, NZ and the rest of the world. As Bret McKenzie's long-term partner, director Hannah Clarke was in a unique position to gain access to the Conchords at their most relaxed, as well as their most frantic and exhausted, and was able to get an up-close-and-personal glimpse into this experience. Through her insider's eye we are granted an intimate look into the lives of this great comedy act and discover how they won the hearts of America. 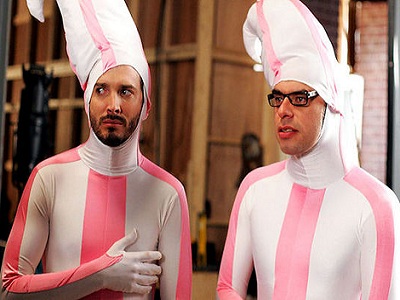