A teenage boy attempting to follow in his late father’s footsteps as an entertainer is admitted to Princeton Plainsboro with partial paralysis. As the team searches for a bone marrow match, they uncover a disturbing family secret. Meanwhile, House looks for creative ways to remove his ankle monitor so that he can attend a boxing match in Atlantic City, and he treats a patient who is convinced he is suffering from diabetes. Also, Taub faces a tough decision when his ex-wife Rachel tells him that she wants to move across the country with their infant daughter. 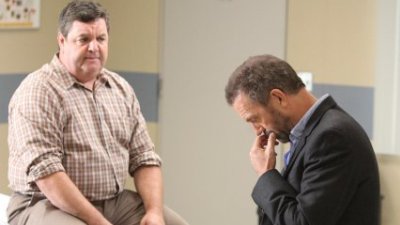