Harm risks his life to prove that an F-14 squadron is not jinxed after there have been six fatal mid-air accidents, including one that killed his best friend. During Mac and Harm's investigation into the ""curse"" of the squadron, they learn that the rumor of a jinx stems from an accidental bombing of an Iraqi mosque during Desert Storm. Now only one of the fliers involved in the bombing is left, and Harm has no choice but to fly with him in order to restore the squadron's confidence. However, when a mid-air refueling goes awry and Harm is seriously injured, it seems that the squadron may be jinxed after all. 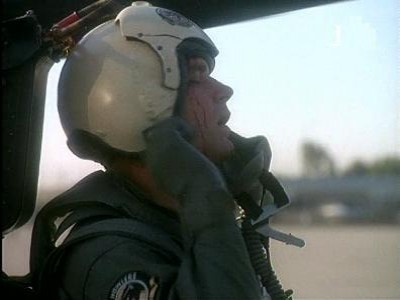