Harm and Mac face off on opposite sides of the courtroom at the trial of a Navy Seal accused of murdering his closest friend during a mission against terrorists. Despite evidence to the contrary and the accused's unwillingness to cooperate, Mac, who is defending him, feels there's more to the story than meets the eye. Her fervor causes Harm, who is prosecuting the case, to dig deeper into the dead boy's personal life. It is Harm who discovers that it isn't a case of murder -- but, in fact, the victim begged his friend to kill him in order to keep a secret from his father, a strict former Navy petty officer. 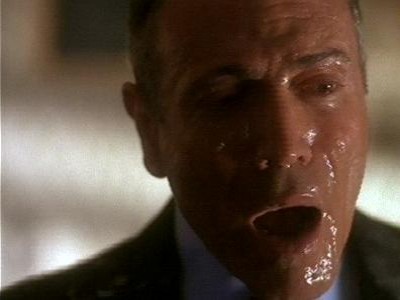