Harm and Mac investigate a female fighter pilot's charge of sexual harassment against her commanding officer. The pilot, Lt. Marilyn Isaaks, claims to have been grounded for pressing charges of sexual harassment against her commanding officer, Capt. Boone (guest star Terry O'Quinn). Capt. Boone claims he grounded her because she's a bad pilot. While Harm and Mac are called in to conduct a thorough investigation into the allegations, congressional intervention forces Boone to schedule Isaaks for a training flight -- an action that Harm feels will have deadly consequences. 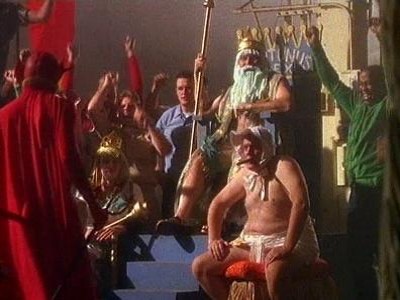