The JAG team discovers an evil plot by a rogue CIA agent after two attempts are made on Admiral Chegwidden's life. After Harm and Mac uncover the fact that all the members of the admiral's former SEAL team have recently died under mysterious circumstances, the JAG team learns that Chegwidden and his team were part of a CIA-controlled SEAL mission during the Vietnam war. Suspecting that the murder attempts may be connected to the mission, they start an investigation that leads to the rogue agent's plot to eliminate all witnesses to a terrible incident that occurred during the mission. But when the assassin kills Chegwidden's girlfriend, he decides to take care of the job himself -- even if it means losing his stripes. 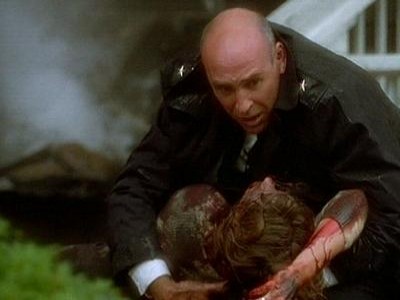