After the body of Vicky Riggs is found, Benson and Stabler delve into her private life and finally learn that in addition to being a respected lawyer, she was also a stripper. A surveillance photo leads them to Linus McKellen, her boss' husband, who was also having an affair with her. There isn't enough evidence to prove he murdered Vicky, but when Vicky's co-worker at the club, Josie Post, is also found murdered, DNA proves that McKellen's semen was found in her body, despite his disabled wife Tessa's conviction that he would never murder anyone. Suspicion turns on Tessa herself once the detectives interview the only man who seems capable of having committed the murders. 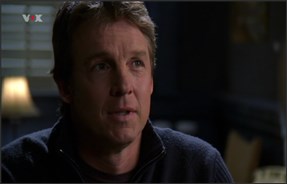