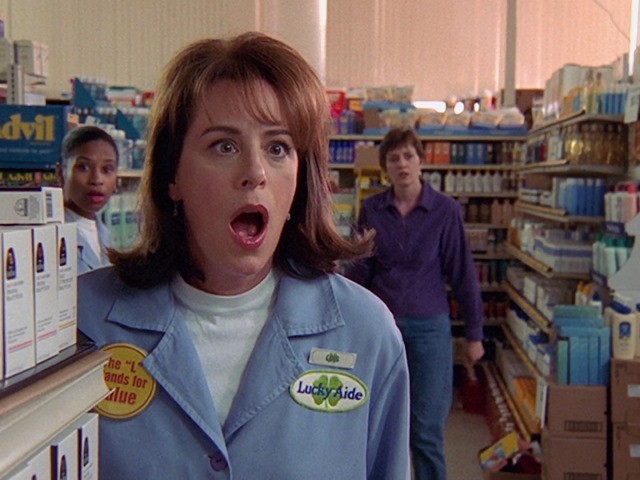 After the kids blow up the store's steam cleaner, and Dewey confesses to stealing a $150 bottle of cognac, Lois's firing prompts household economizing to an extent that causes Malcolm mortifying embarrassment at school: Julie organizes a food-drive for his family. When Hal winds up in emergency with acute botulism as a result, Lois must re-think her position against apologizing to her odious boss, Mr. Pinter. Meanwhile, Francis thinks he's died and gone to heaven when he's assigned honor-guard duty at a Teenage Miss Alabama beauty pageant -- until he discovers that all the girls think he's gay.