The deaths of four teenagers in a fiery car crash profoundly affects the third watch, who were forced to stand by helplessly, unable to save the victims. They congregate at the end of the shift to dispell their sadness and anger at the horrific images of the crash. Faith, Sully and Doc spend time sitting quietly in a cafe; Ty, Bobby, Carlos and Alex go to a bar; and Kim, Bosco and Jimmy go bowling. As evening turns into day, Faith's group meets up with a young woman, Ty's group meets up with a young man, and Kim's group meets up with a young couple in love. At dawn, everyone ends up at the a beach and they build a bonfire. As the flames flicker, we see a flashback to the moments immediately preceding the car crash and discover that the young people whom they met during the course of the evening are the spirits of the teenagers who died in the crash, who were sent back down to earth to tell them that the crash could not have been prevented, and they are not to blame for being unable to 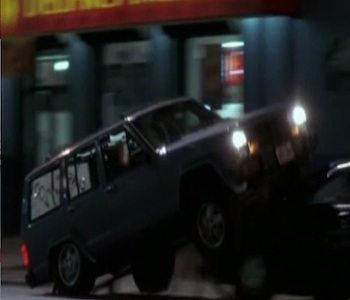