Barbara is heartbroken when she discovers that her housekeeper was killed by the explosion; Sasha convinces Maritza to get a rape exam; Sully takes Barbara to his house to keep her safe; Maritza discovers that her rapist, Thomas Warner, has a history of sexually assaulting the workers at the clinic; undeterred by yet another attack on her life, this time by a sniper, Barbara insists on presiding at the preliminary hearing of Gary Barnes, the drug dealer who the police suspect is behind the attempts on her life; Faith visits a psychiatrist and unloads her anger at Bosco and Maritza; after Maritza testifies at the hearing, Barbara rules that Barnes can be held over for trial for the death of Lettie Cruz; when Sully sees Barnes signal a spectator in the court room, he and Ty follow him to a house where they see him join the man who delivered the bomb to Barbara's house; the perps, armed with a detonator, threaten to blow up the block with the explosives they claim are in the house and for 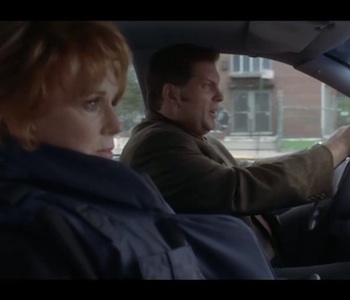