Sully kills one of the perps and shoots the denotator out of the hand of Frank Morgan, the bomber; Doc goes ballistic when he comes upon the scene of an accident involving his old rig and a city bus, and physically assaults Eugene; Public Morals raids Dr. Chow's office, and Maritza is forced to reveal her rape to keep Thomas Warner from being released on a D.A.T.; Ty gets Frank Morgan to flip on Gary Barnes, and Barbara promises Morgan that she will make sure he gets the death penalty for killing her housekeeper and driver; Kim and Carlos refuse to back up Eugene after he files a complaint against Doc, prompting Eugene to quit; a distraught Faith, still plagued by flashbacks of the shooting, asks Fred if they can get out of the city for a family vacation; Warner confesses to raping Maritza while Bosco is transporting him to the Tombs; Carlos is horrified when Doc admits that he accosted Eugene at his house because he "killed Taylor"; Bosco turns Warner over to Maritza, who gets her pay 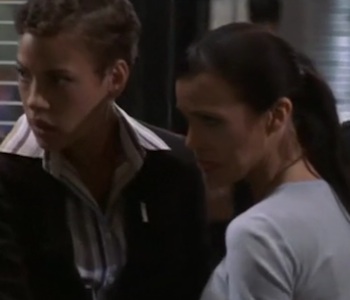