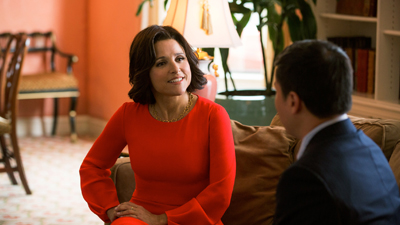 At the party convention, Selina and her staff scramble against the clock to avert a major internal crisis. Amy grows increasingly infuriated with the president’s new advisor, Karen, who is coaching a nervous Catherine on her First Daughter speech to the convention. Back in D.C., Dan recruits Jonah and Richard to pose as influential Washington insiders.