The team is targeted by The Pilgrim, a deadly assassin who wants to erase the Legends from the timeline by killing their younger, non-superhero selves. As a protective countermeasure, Rip decides Sara, Snart, Rory, Professor Stein and Jax need to kidnap their past selves first before The Pilgrim gets to them. Coming face-to-face with the younger versions of themselves proves to be both a physical and emotional challenge for certain members of the team who would rather forget their past. Rip tells them he has a refuge for their precious cargo – an orphanage that raises future Time Masters and where he himself grew up. 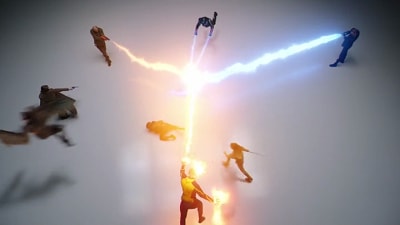