Jealous of Zoe's relationship with Mal, Wash insists (thanks to a bit of scheming) that he go with Mal to try to sell some of the medical supplies the crew stole from the Alliance. In the middle of the deal Mal and Wash are kidnapped by men working for Niska the crime lord, who wants revenge against Mal for the botched train heist. He tortures Mal and Wash until Zoe shows up offering money in exchange for the prisoners. Niska says that the money is only enough for one person and Zoe chooses Wash. Wash realizes that Mal's antagonizing him while they were being tortured was to help keep him alive and kicking. This inspires him to do everything he can to help Zoe rescue Mal from Niska. The rest of the crew jump on board to save the Captain. Meanwhile Inara extends her services to a council member. To the crew of Serenity's surprise, it's a woman. And Simon continues to treat River with some of the medicine he stole but she suffers the occasional relapse as well as displays a penchan 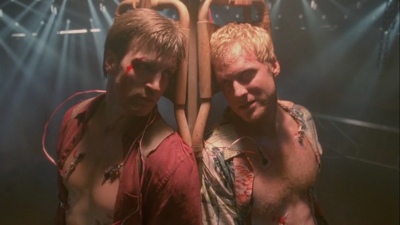